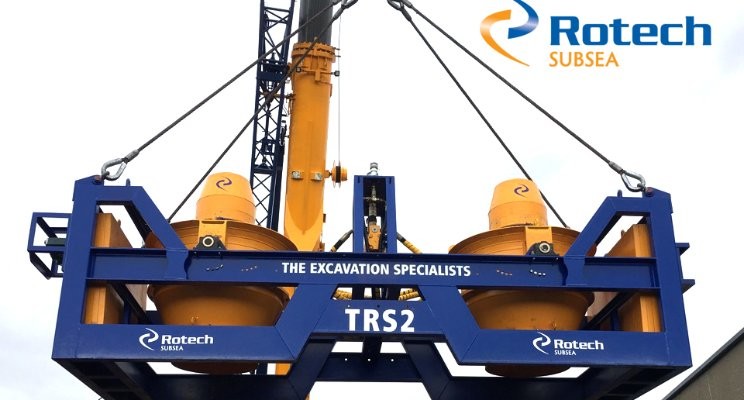 Suspended Jet Trenching tool was also mobilised from Aberdeen for the North Sea for the decommissioning scope at just four day’s notice in early September.

The decommissioning scope, in offshore Netherlands, saw the company carry out 50m of rock dispersal work at around 43m water depth around flanges to expose spool pieces at the oil and gas asset.

Rock had to be removed for access prior to the de-commissioning process commencing. The rock around the asset was found to be consolidated (cemented) and 2” to 12” in size.

Due to this scope being beyond the capabilities of a standard ROV type dredger, the client selected Rotech Subsea’s state-of-the-art, next generation controlled flow trenching and excavation TRS2 tool.

The tool removed the 1.5m depth of rock quickly and effectively allowing access to continue the decommissioning operations.

“We were delighted to be able to assist the client who commissioned us on this extremely short notice scope. It was an incredibly tight turnaround to have kit on the quayside in Aberdeen within four days of the initial call. It’s a real testament to our team that we were able to mobilise our TRS2 CFE jetting system within the timeframe,” said Rotech Subsea Director of Subsea Stephen Cochrane. –